The annexation that never was

(from We Are Who We Were) 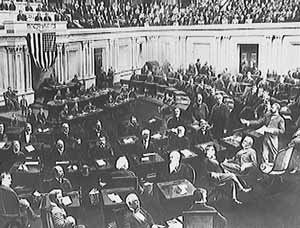 But expansionists in the US Congress, led by Senator Morgan, would not let the dream of annexation die. Within days, they devised a plan to bypass the requirements of their own constitution in an effort to annex Hawai'i.

In March of 1898 they introduced Joint Resolution no. 55 to provide for annexing the Hawaiian Islands to the United States. The Joint Resolution, otherwise known as the Newlands Resolution, was then passed by a simple majority in each house of Congress and signed by President McKinley on July 7, 1898.

This was the document presented by US Minister Harold Sewall to Sanford Dole at the annexation ceremony in August of 1898. Dole responded, "I now yield up to you, representing the government of the United States, the sovereignty and the public property of the Hawaiian islands."

All we have is an assumption that we were annexed. And now we're finding out that never occurred.

We thought we were American. We thought this was America. But nothing has changed. We're still a Kingdom, whether we like it or not.

All we have today, between 1898 up until the present, is American laws purporting to affect a foreign country. The Hawaiian Kingdom never ceased to exist.

Those are the issues that are going to be determined, not the internal or domestic affairs of our country. That is our responsibility, not the United States.

Annexation was invalid. You can't get title from the Republic of Hawaii because they never had title in the first place. They had no sovereignty.

It now changes the whole way certainly that these authorities should be looking at the matter. They're the trespassers and the criminals. You are simply the native Hawaiians asserting your rights under international law.

The America presence, then, in Hawaii, for the last hundred years, has been nothing more than an illegal colonial, military occupation regime.